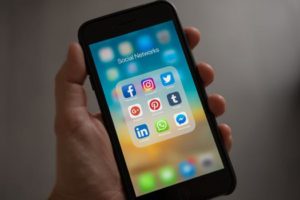 The Heathers Club is a nine hole golf club with tennis, swimming and fine dining in Bloomfield Hills, Michigan. In early 2017, the General Manager approached Carley Creative Concepts about developing a social media marketing strategy with a tight budget. The goals were to build the brand, increase traffic to the website and increase golf memberships. We agreed that the strategy had to include a designated resource to post on multiple social media platforms on a regular basis.

We started with Facebook. The Club had a page that was not being utilized for advertising. It was a method to communicate with the membership about updates, hours and happenings. Facebook has a very easy to use feature for posting events and for boosting posts. The Heathers Club Facebook page had 100 likes and most of them were members. We focused on getting one event per month posted on Facebook and increasing likes. Since The Heathers is a members only Club, we noted that the events were members and their guests only. Each time an event was posted, the Social Media Coordinator checked the likes and invited those people to like the page. Within a year, we had over 600 Facebook members liking the page. We also used some of the budget to boost key posts such as membership specials.

Next we established an Instagram account for The Heathers Club. We had no followers initially. We put a note in the monthly member mailing that The Heathers Club has pages on Instagram, Facebook and Twitter and encouraged people to follow us. After 48 posts in twelve months, we have over 260 followers. Our posts featured photos of the golf course, pool and Junior Golf Program throughout the summer months. In the winter months we posted photos of holiday parties and decorations.

We dusted off the Heathers Twitter account and connected the Facebook and Instagram accounts to it so that posts could touch all three platforms. Twitter followers include PGA Golfers, golf news accounts, other restaurants and clubs and wedding resources. Twitter is great for current events and news and continues to be a strong method for brand management for us.

Recently, one of the Club office managers became engaged and she suggested that we set up an account on Pinterest. We learned that about a year ago, Pinterest launched business accounts. We are proud to say that The Heathers is on Pinterest and it is a great tool for wedding and event planning and another way to get the name out there. Pinterest also has paid advertising capabilities.

Lastly, we rolled out Clubster to our members. Clubster is a private social networking community for golf and country clubs. By using a link that we send only to members, they can establish an account and be connected. It is cost effective and a great way to stay in front of our membership. All events are posted into the calendar along with pdf flyers with more details about each event. It is time consuming to post, but members like it and they are able to pull up the Club calendar on their phones wherever they go. This comes in handy when they are inviting guests and family members to events. The app also has the capability to add groups such as the women’s golf league and the junior golf program. Clubster also allows us to post the swimming pool schedule, swim lessons and tennis lessons quickly and easily.

After one year of consistent social media efforts, phone calls have increased 100%.
The annual membership outreach mailing which cost $15,000 was eliminated.
Advertising in church bulletins for weddings was eliminated, saving $1,500 per year.
During a 90 day period, we spent $1800 on 4 promotions on Facebook and reached 68,297 people, had 414 engagements and 288 clicks.
Our event post for “A Night in Asia” reached 209 people, had 22 actions on the post and cost $0. Attendance went from 25 people in 2017 to over 200 in 2018.
We spent $500 on an ad for wedding reception business and 129 people engaged with is, 121,782 local impressions based on a our targeting methods and we had 72 clicks.
In one year, we have had 12 new golf members join which is the highest in the history of the club. 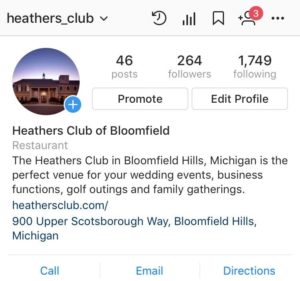 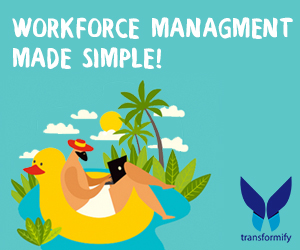