Habits can be quite difficult to leave behind, though, and especially when you’ve been struggling with them for a while. They are so built into our everyday lives and have, in a sense, become a part of who we are even if they’re bad for your health. If you need a little push along the way in order to live an even better and healthier life, you’ve definitely come to the right place. Here are a handful of tips in terms of quitting your bad habits and never picking them back up again so that you can look forward to a healthy rest of the year.

You might think that going cold turkey is the exact kind of tough love you need in order to quit a bad habit, but this is actually not always the best way to do things. If you’ve been used to living like this for a while, it might be a bit of a shock to just quit something suddenly - even if it’s something that’s bad for your health such as smoking.

Instead, try to lean into it a bit slower by cutting down on what you’re doing right now. If you usually wake up and have a cigarette with your coffee, for example, you could try to have that first smoke a bit later during the day.

Eventually, you will have pushed yourself to the point where the first one is only allowed in the evening - and, eventually, you might simply choose to just go to bed instead.

You could do the same with your addiction to food and sugar, by the way, by promising yourself to eat healthy food until the evening. If you are committed to leading a new and healthier life, you should be able to push this a bit further as well until you simply skip the day where you’re allowed to indulge a bit.

Another point to this is that going cold turkey might scare you away from even trying. When you’ve been used to living like this, the prospects of not having it at all might seem a bit too intimidating - and, instead of making it easier for yourself, you’re actually over complicating it.

Next: Find a replacement

At its core, your addiction is there in order to give you happiness and to make you feel good. Otherwise, you wouldn’t really be doing it. Quitting without replacing it with something that also makes you feel good will make you rather unhappy for a while so it’s a good idea to figure out what you can replace your addiction with before you even get started.

Some people choose the company of others in order to quit; have a look at this sober living house, for example, to surround yourself with other people who are also looking to live a healthier life.

That way, you can get that good feeling from spending time with other people instead, laughing, and enjoying their company - it might not seem like much right away, but the presence of other people will really help you through a lot.

You can definitely find other ways to replace your addiction, though, and a lot of people choose exercise. It makes you feel good because it releases endorphins and it will help you upon the path to a healthier lifestyle where there is simply no room for your bad habit anymore. Try to lean into it a bit slower than you originally had in mind, get used to the thought of a new and healthier you, and exercise will soon become a natural part of your routine.

Remember to ask for help from others as well and keep in mind that you shouldn’t have to go through this all on your own. Your friends and family will always be there to support you but it does help to have someone who is going through the same as you. Use the Internet to find like-minded people who also need a friend for support, for example, and you might find that the process is a bit easier than you first thought. 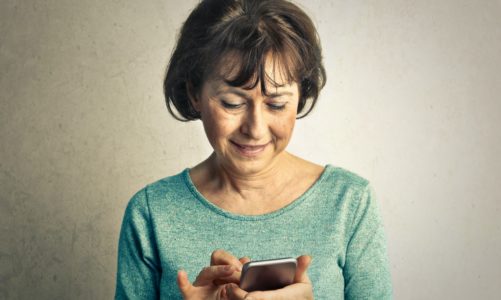