How Far Can You Push Your Boss? 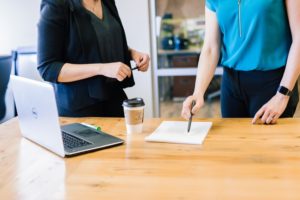 It’s natural to be a little bit scared of the person in charge at work. These people control a large portion of your life, and getting on their bad side could make everything very difficult. Of course, though, you have to be able to stand up for yourself. Your bosses and managers are professionals, and this means that they will understand that you have to fight your corner. To give you an idea of how far you can push this, this post will be exploring a few different situations, along with the right path to take when you find yourself in them.

Complaints About Your Work

In a lot of cases, the biggest conflicts in a workplace will arise when a boss or a manager complains about the quality of someone’s work. It’s often hard to hear that you haven’t been working up to the right standard, but this isn’t something you should argue against. Unless what is being said is truly unfair, you should simply work to improve this area, fulfilling your boss’ wishes to make sure that you don’t continue to go down the wrong path.

Receiving a paycheck which doesn’t reflect the work you’ve done can be very frustrating, leaving a lot of people feeling like they’ve worked for nothing. In a lot of cases, though, an issue like this will be an accident, and your boss will want to get it fixed just as much as you do. It’s worth talking with them about this, giving them a chance to explain what has caused the issue and fix it before you push them too far.

Bullying Or Other Staff

It’s often hard to know how to handle workplace bullying or confrontations. Some people will easily handle this on their own, while others won’t want to deal with it at work, and both routes are perfectly valid. You can’t get angry at your managers about something like this unless they refuse to do anything about it. They have a responsibility to keep their offices and warehouses safe, and bullying simply isn’t professional.

Finally, as the last area to consider, it’s time to think about general complaints. If your chair is too hard, the lights are too bright, or you don’t like people eating in the office, talking to your boss is a great way to find a solution. They won’t be able to fire you for raising issues, and they will be well aware of the workers’ compensation they will have to pay if they make a mistake in this area. Of course, though, they can get rid of you if you swear at them, threaten your colleagues, or cause a lot of damage in anger.

With all of this in mind, you should have a much better idea of the limits you can push your boss to. Some people will be harder to talk to than others, and this means that you will have to put some time into building a relationship which enables you to talk openly with them.

We use cookies to ensure that we give you the best experience on our website. If you continue to use this site we will assume that you are happy with it.Ok