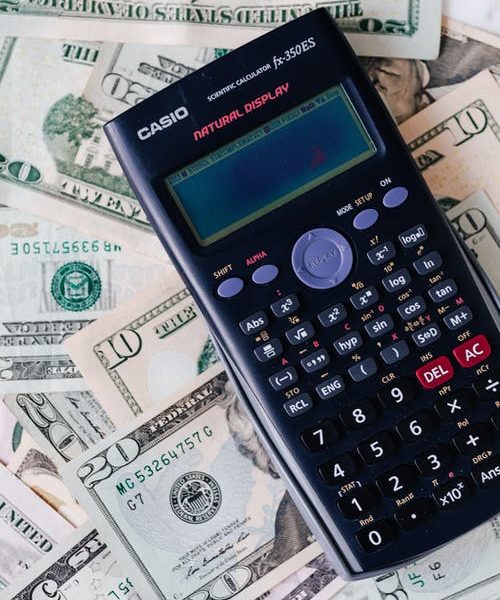 Please to have a guest post by Leif Kristjansen.

In the past few years, I’ve made a lot of investments to try things out so I can blog about it. I’ve invested in stocks, I’ve invested in real estate. Loans too! I’ve even invested in myself through real estate courses and professional training. I think it’s great and I teach others to do the same.

Ironically, my motto is to be as efficient as possible. And yet, the idea of investing in my business, namely my blog, never occurred to me.

Well, now it has. But I always had an excuse not to do it. I’d tell myself that I can do a better job anyway, or that it’s faster to just do it myself, or that I can’t justify spending the money.

And then I hired someone, and I can’t believe I didn’t do it sooner.

Whether you’re thinking of hiring a writer, a social media manager, or want to outsource anything else – delegating these tasks clears mental space for the things that actually matter. And if you have the same excuses that I did, here’s how to bust them.

Myth 1 – I can do a better job myself

I know. Nobody knows your business as well as you do. And nobody cares as much as you do.

Or so you think.

When I first started my blog, I was on top of everything. The writing, the social media, the newsletter, I even created pins for Pinterest.

But then things started to slip. I’d write a killer article but wouldn’t post it for weeks because I didn’t have time to do social media. Or I’d catch up with everyone who messaged me, but then I wouldn’t get around to my actual writing.

It became very hard to be consistent, and consistency is key when it comes to having an online presence…not to mention for keeping your sanity!

When I started to delegate some of my work-flow to others, it became much easier to focus on the tasks that really moved the needle for me. That sounds like a good pitch but there’s actually an even better benefit.

Dedicated employees do a much better job because they get to focus on just one task and do it well! It turns out other people want to do a good job too. It’s NOT just you!

I’ve put off the decision to hire a Virtual Assistant (VA) for far too long because I thought I didn’t have the time to do it.

And then I kicked myself after I hired my assistant. She truly cared about doing a good job. She wanted to learn and she had her own suggestions that I had never thought of. Furthermore, this wasn’t her first time doing the job, so the learning curve wasn’t quite as steep as I had feared.

Investing in my business has saved me so much time that I can’t believe I didn’t do it sooner.

I get it. I know what it’s like to think “How can I spend money when I barely even have any revenue?!” To most people it makes no sense.

But when you pay money, you pay attention. As soon as you have cash flowing out, you become more focused on cash flowing in. It forces you to be more creative.

Besides, you don’t have to hire someone for everything and you don’t have to hire them forever. Test it out. Ask your prospective employee what they can do within a certain budget and come up with metrics together to determine whether or not it will be worth it for you. Once you see the results, you’ll be happy to scale it up.

And I’d love to hear from you!

Did you have to bust through any excuses before you invested in your business (and what were your results?)

Leif Kristjansen is the co-founder of FiveYearFIREescape.com where he and his wife write about finances and early retirement for busy people. In their early 30s, they even retired from their corporate 9-5 and want to teach you how you can do the same. They have kids and a house in a high cost of living city but managed to succeed via saving skills and rental houses.

We use cookies to ensure that we give you the best experience on our website. If you continue to use this site we will assume that you are happy with it.Ok